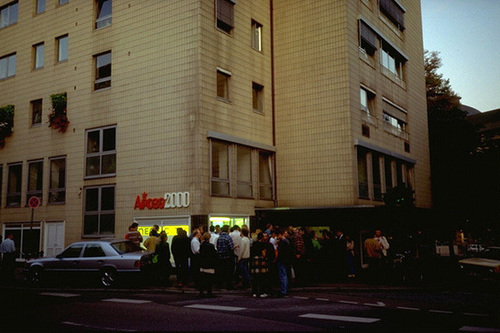 One of the smallest places so far. Has attracted lots of fans through clever and stylish announcements and good connection to the Offenbach art school. The first and only project by former design students from Offenbach in the city of Frankfurt itself. Maybe the prototype of the Offenbach style: glossy invitation cards and funny shows, which incorporated a lot from the club scene. Gave inspiration for the Offenbach project Fahrradhalle.

Fate
Building is used as office space of the Frankfurt stockmarket 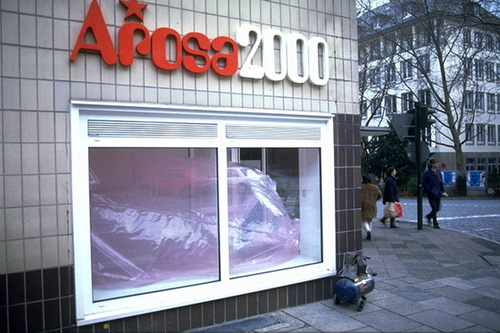 Persons of this Place