After two years of homelessness artists' group Phantombüro moved in this space, a former Pakistani restaurant. From the beginning it was clear that this huge space (over 300sqm) was only for a short time, with a rent exceeding DM 3000 per month. 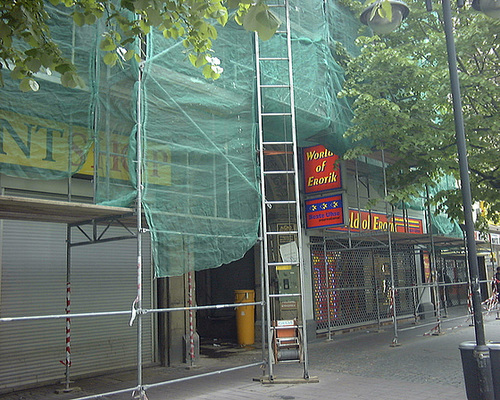 Fate
building is under rennovation at the moment (2002).